Do you like gourmet trips? Are you hungry for culinary discoveries? Want to discover more about the world’s best cuisines? Then this article is for you.

What is considered to be the best cuisine in the world?

The discovery of a country involves its gastronomy, and its gastronomy plays a huge role in whether, for trip quality, culinary discovery, and of course happiness.

Travelling is (and perhaps even more importantly) discovering traditions and opening up to new cultures. Tasting the local cuisine is, therefore, an integral part of the trip!

The best cuisines in the world can however differ depending on the person, their tastes, the most-known, or even several rankings. To make it easier for you to find and realize which country is better known for food quality and best-known culinary specialty, we have compiled all the necessary information to get you informed on which country has better food and maybe even, why not, packing to the desired gastronomic country.

Which gastronomic country is known to have the best cuisine in the world? 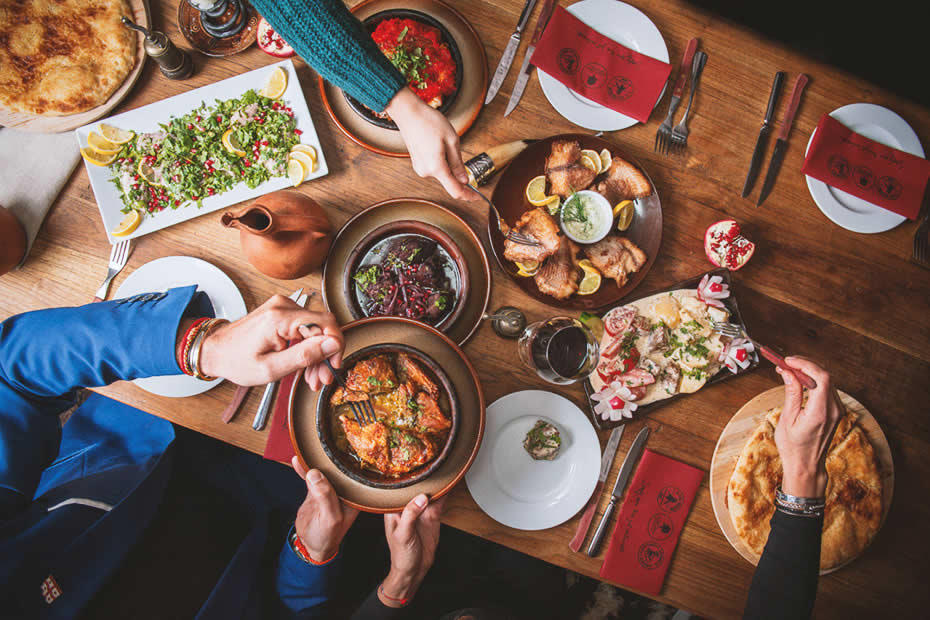 There are many countries that are known for their gastronomy, such as France, Spain, Italy, Japan, not forgetting to mention Greece, Mexico, and of course Morocco, many unique foreign destinations whose delicious cuisine has crossed our borders in the last 20 years.
But which is THE best country? To find out more, let’s dive into some of the world rankings.

Best Cuisine in the world ranking

According to a 2018 CNN ranking, Italy, home of pizza, pasta, and risotto, was ranked first, followed by China and France. In another classification of the “Govoyages” in the same year, Morocco was in the first place, followed by Peru and Japan. They mentioned the fact that Marrakech (one of the most famous cities of Morocco) is considered to be the number 1 gastronomic destination in the TripAdvisor ranking!

In 2019, another website said that the top countries for food were Italy, France, and India. According to a more recent ranking in 2020, Italy, Morocco, and Spain were in the first place as the best gastronomical destination in the world.

Over the years, they have been many different rankings, but none of them give the same “results”, however it is mainly these 3 countries (Italy, Morocco, and France) that are consistently in the lead for having the best cuisine in the world.  The other countries that follow them are often: Spain, Japan, China, India, Mexico, Thailand, South Korea, Greece, and Lebanon.

What are the best food destinations in the world? 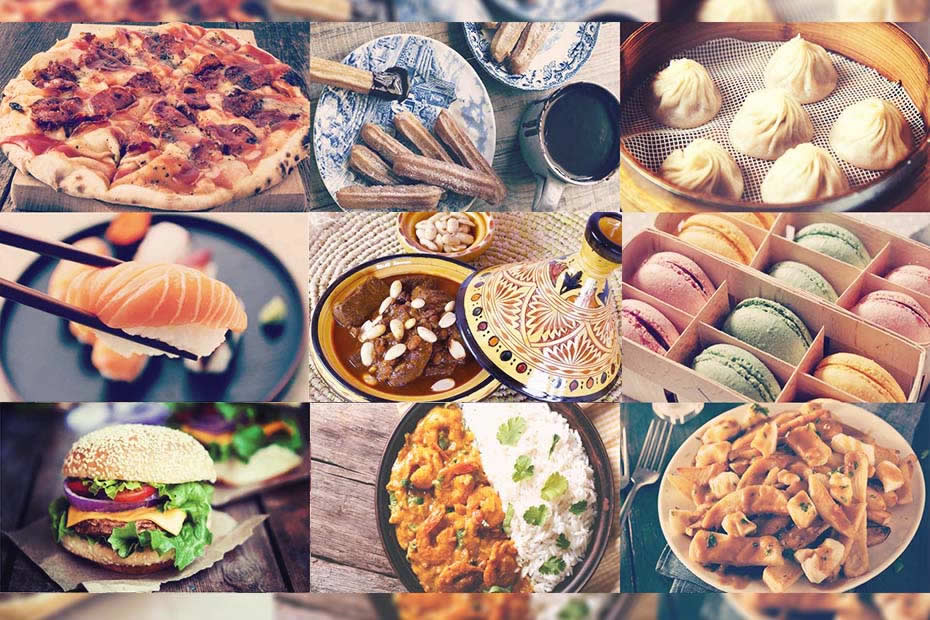 Travelling also means discovering and tasting food from other cultures and each country has its own specialties and criticalities. Here below you will learn and cultivate yourself about the best food destination around the globe.

American food is, without a doubt, one of the most known food in the world as it been commercialized all over the globe, and we must admit that we cannot deny its taste even if it is not always as healthy. However, as we said, we can’t deny its taste.

READ also  What is a Moroccan mint tea?

From North America to Latin, and South American here are 3 countries that stand out when it comes to food: Mexico, the United States, and Canada. 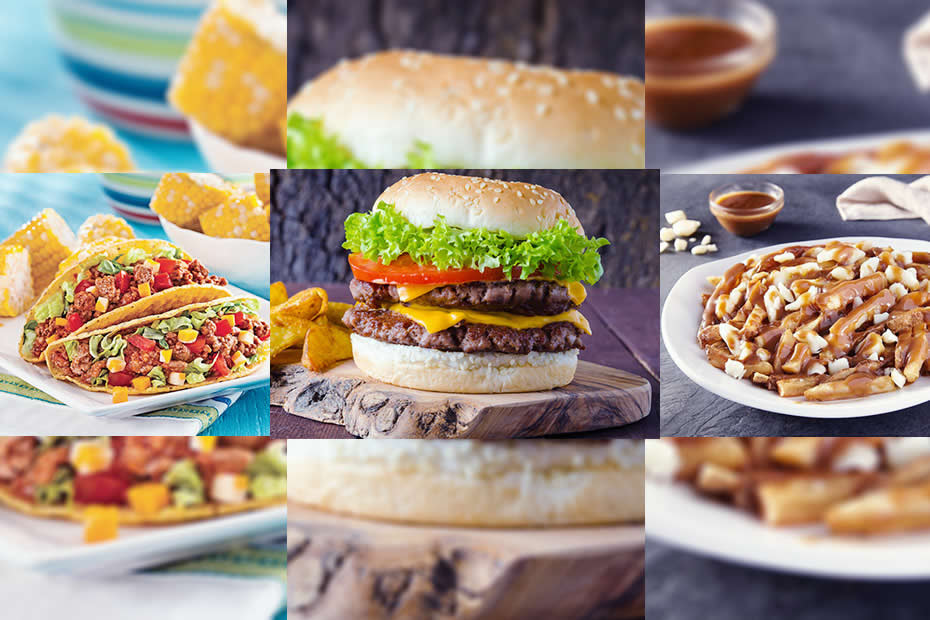 Mexico is known for its spicy and flavored food. Mexican cuisine is considered very varied due to its pre-Hispanic (indigenous people of Mesoamerica) and European (mainly Spanish) heritage. It has also been influenced by African, Caribbean, Asian, and Middle Eastern cuisines. The most famous dish in Mexico is Tacos.

The United States is known for its many different commercialized foods. Who hasn’t heard of hamburgers, hot dogs, bagels, and even pancakes!

In addition, Fast-food chains are numerous in the United States and you will have the choice between several renowned brands: McDonald’s, Burger King, Pizza Hut, CHili’s, etc… There is something for all tastes and for all themes even though you can now find them practically anywhere in the world due to their success and popularity.

Just so you know it, Clam Chowders, Chilis, Burgers, Gombos are also some famous dishes from the United States.

Canada doesn’t have a lot of varied food but it is mostly known for its poutine a dish composed of three ingredients: french fries, cheese, and gravy.

And if you were wondering, here are the top 5 best American countries for food:

If you are a lover of good food, you will find many places in Europe where you can enjoy all kinds of typical local dishes. This is why we have selected for you the unmissable European destinations for lovers of gastronomy. You will see that if France is famous for its cuisine, other regions of Europe are also worth the detour.

They are many gastronomic destinations in Europe, and many dishes that will make you drool, there are always 3 countries In Europe that stand out when it comes to food: Italy, Spain, and of course France. 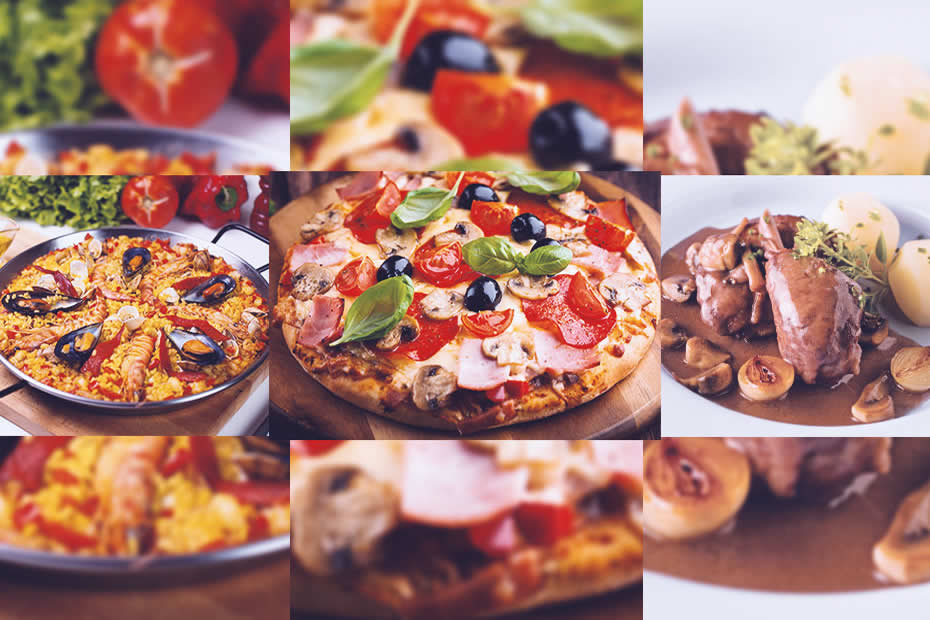 Italy is the best known and reputable place in Europe for food. Their finest and most delicious pizza as well as their risotto and other exquisite kinds of pasta have earned them top positions in several gastronomic rankings around the world.

Spain is known for its rich, varied, and tasty gastronomy based on sharing and products from a generous nature. Its food is savory because it contains many different spices that bring the favor to the highest level. Spain’s most famous dish is Paella.

France is known for its chic and fine most ranked restaurant. French cuisine is one of the best in the world, is a reference in the world of cuisine, and has even been included in the intangible cultural heritage of humanity. Most of the French food is cooked with wine, so if you like finesse and wine, France is the perfect destination for you

And if you were wondering, here are the top 10 best European countries for food:

READ also  5 best Moroccan salads that you must definitely eat in Morocco!

In Asia, there is some competition. Asia clearly dominates in several world surveys and rankings thanks to its unique and delicious food.

They are many gastronomic destinations in Asia, and many varied dishes that will make you drool, there are always 3 countries In Europe that stand out when it comes to food: Thailand, Japan, and China. 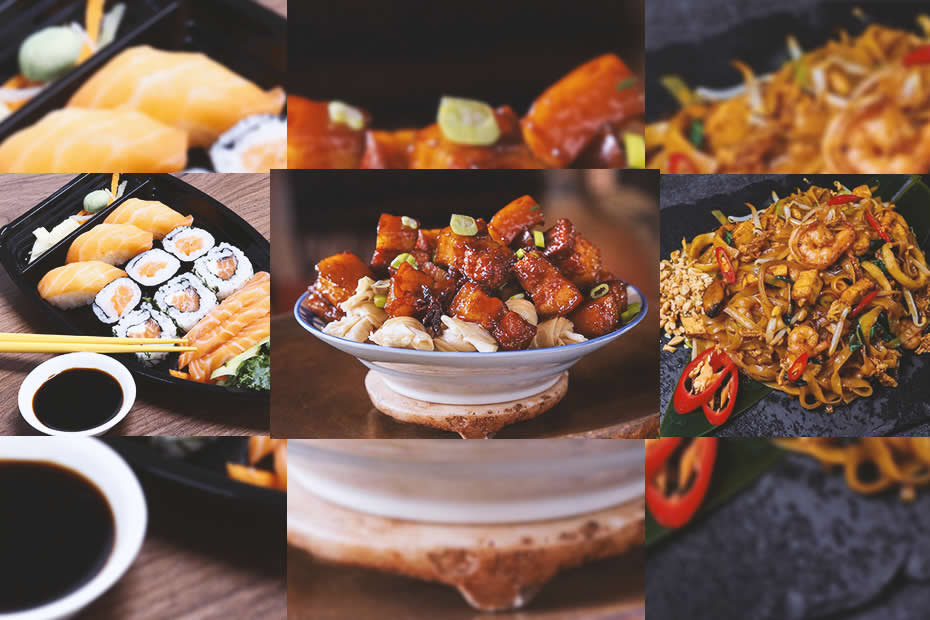 Thailand is known to have been top in many rankings when it comes to food. It is well known for its tasty street food. There is no doubt that “pad thai” is the most popular dish. It consists of curry and spicy pomelo salad. But don’t hesitate to order “tom yum goong” either if you have the chance. It is simply a succulent spicy sour soup.

And if you’re wondering what Thailand’s most popular gastronomic destination would be, Chiang Mai is the place to be. It is the largest city in the north of the country. It is famous among other things for its spicy “khao soi”. The “khao soi” is prepared with egg noodles. They are first cooked and then fried before being bathed in a broth of curried chicken, coconut, lime, chili, and shallots.

Japan is famous for its culinary culture. It must be said that this is the country that saw the birth of instant noodles and sushi bars!

China is valued around the world thanks to the many Chinese restaurants that exist. Just so you know it also, Sweet and sour pork, Kung Pao chicken, Spring rolls, Cantonese rice are some famous and best Chinese meal.

And if you were wondering, here are the top 5 best Asian countries for food: 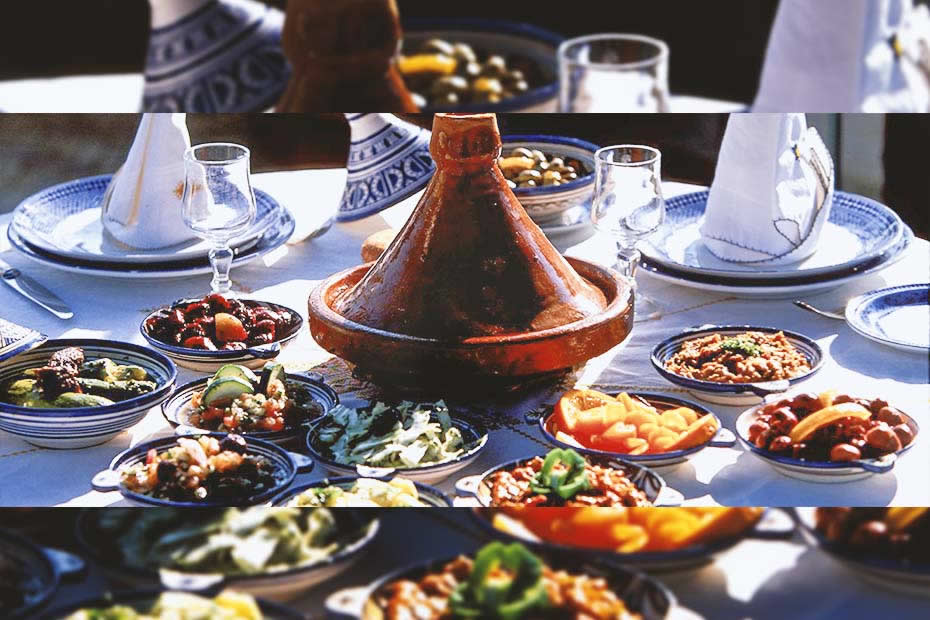 Finally a no brainer: Morocco. Morocco is the best in many areas, making it one of the most beautiful and unique countries in the world. It is also one of the best places for food. In Africa,  Morocco is definitely far ahead and is considered the Best African food destination for its delicious, varied, and unique cuisine. Marrakech, one of the most known Moroccan cities, is even the number 1 gastronomic destination in the TripAdvisor ranking.

Morocco as the best cuisine and gastronomical destination in the world!?

Known for its aromas, spices, and the hospitality of its inhabitants, this North African destination is increasingly coveted for its cuisine. An art intimately linked to the history and customs of the country.

Marrakech, the tourist city of Morocco, is regularly cited as the first gastronomic destination in the ranking of the site TripAdvisor. It must be said that Moroccan cuisine comes from ancestral know-how and high-quality local products. True cultural pillar of the country, it is the reflection of its different roots. Spices, such as cinnamon or saffron, orange blossom, honey, mint, and olives deliciously embellish salads and meat dishes. Its street cuisine is as popular as its great starred restaurants.

READ also  What is a Moroccan harira?

A multitude of influences has given rise to an extremely rich cuisine, which also finds its imprint in Turkish and Andalusian cultures. Indeed, after the Arab-Muslim conquests of the 7th century, the Moors (commonly known as Muslims) left Andalusia, bringing their heritage to Morocco.

Moroccan cuisine ranking in the world 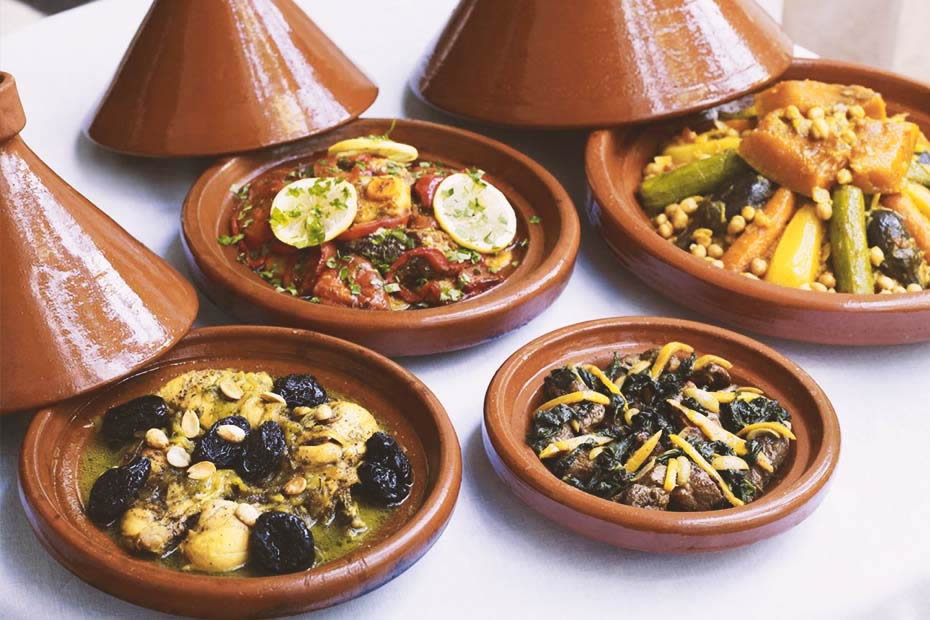 Proof of its consecration, Morocco’s gastronomy was ranked 2nd best gastronomy in the world in 2014 by the British site WorldSIM, which collects travelers’ opinions. They all praise the variety of Moroccan dishes, which come from many different backgrounds and influences.

Morocco also won in 2018 the award for “best international gastronomic destination” in the third edition of the “Gastro&Cía Awards” of the Spanish newspaper “La Razón”. A prize that represents a recognition of the richness and diversity of Moroccan cuisine that has managed to retain its originality and specificities.

The famous purely Moroccan lamb Tagine, prized from generation to generation, has been crowned in 16th place in the ranking “The World’s Top 500 Food Experiences list” by Lonely Planet Food.

In addition, 15 Moroccan restaurants are among the 1,000 best restaurants in “The List”, a worldwide gastronomic selection of reference for international travelers from the compilation of hundreds of guides and millions of online reviews.

The influences of the different cultures present in Morocco (Amazigh, Arabic, Andalusian, etc.) make, without a doubt, Moroccan cuisine one of the richest and best-ranked cuisines in the world, maybe even the best!

What is the number one cuisine in the world?

Over the years, there have been several rankings to find out which country is known to have the best food. Depending on some people and rankings, the country and cuisine may differ, but there are still 3 countries that stand out enormously for themselves: Italy, France, and Morocco, the top best countries for food!

In our experienced opinion, Moroccan cuisine is the best cuisine in the world in 2020 and 2021, but also in 2022, not only for unique savors but also because of its countless delicious food that can’t even be numbered as there are so many different dishes!

The other amazing part is that a Moroccan dish can be made differently, depending on who is cooking it, and in which region you are in Morocco. All tastier than the other, Moroccan cuisine is just mind-blowing!

If you click on the link of a product on Kanbrik.com and decide to buy it, we can earn a small commission. 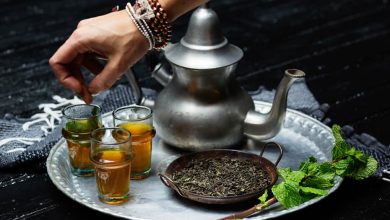 What is a Moroccan mint tea? 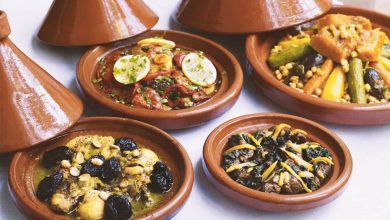 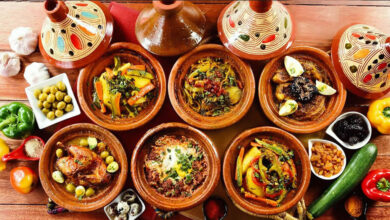 The Best Moroccan Tagine Recipes I Step-By-Step Videos To Follow Along in 2022! 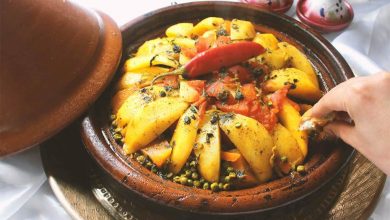 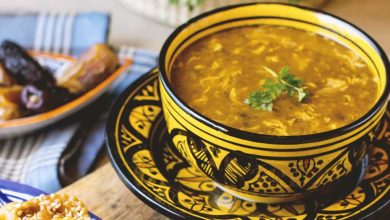 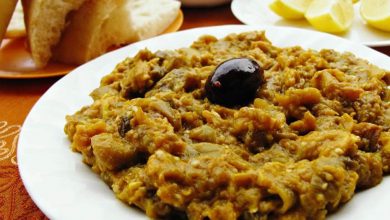 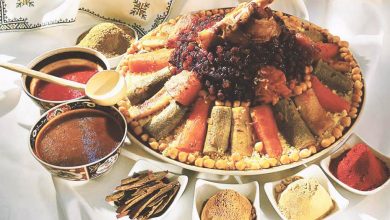