The oldest dinosaur in the world, discovered in Morocco, Moroccan cuisine ranked second-best cuisine in the world, and now we hear that Morocco was attached to the United States!? In any case, according to a map that traces the configuration of the continents during the Paleozoic era more than 3 billion years ago, the Kingdom of Morocco and the United States were neighbors.

The map shows that the entire land was a contiguous mass called the Pangaea Supercontinent. It shows that the American state of New York was a neighbor of the Cherifian Kingdom. So that means that Morocco was attached to the United States…. 3 billion years ago! Other countries would have had common borders if we analyzed the map. For example, Brazil was attached to Angola and Argentina to South Africa, while China and India would be far away compared to their current situation. 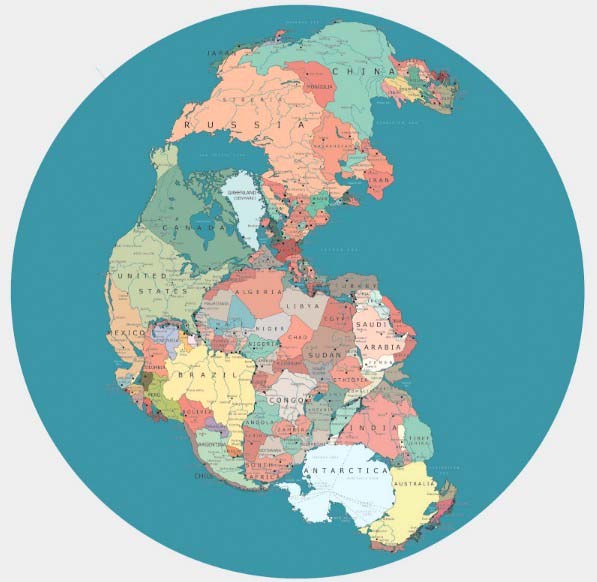 According to historians, the Paleozoic era began shortly after the fragmentation of the supercontinent called “Rodinia” into eight continental masses. During this era, these continents come together again to form Pangaea.